Notes From The Garden Of Lilies Special: Shinobu's Story 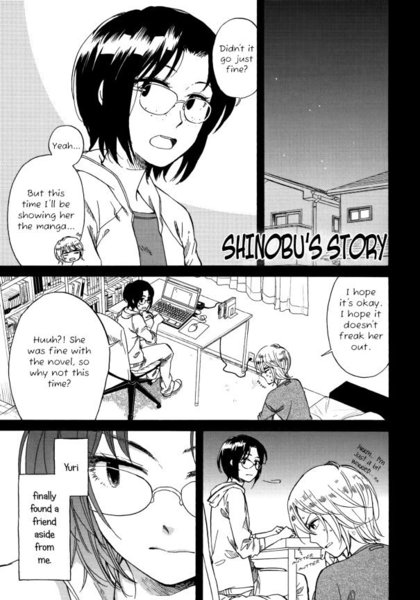 No new chapter of Notes released in Japan this week, so take this instead to bridge over the next few weeks.
This has been sitting on the backburner for quite a while in favor of new chapters, a little side story from Yuri's friend Shinobu's perspective. It was published in the first volume of Notes so it takes place after the third chapter.